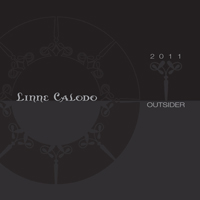 This wine is an experiment in vineyard terroir and soil intricacies. The zinfandel is sourced from northern facing slopes as well as lower lying areas where the soil is deeper and the temperatures are cooler. These factors produce less acid in the grape, allowing for this wine to gain an edge of spice and earth.

Always a favorite for the holidays, 2015 Outsider comes in with focused bold flavors. Espresso, dark chocolate and coconut define this rich, ripe Zinfandel blend. Notes of Christmas spices draw you in as you pull out the cinnamon, cardamom and cloves. One of our first picks each year, this dry-farmed Zinfandel field faces south by southeast with the morning sun quickly pushing it toward ripeness. Despite being aromatically explosive with a luscious palate, it is the long and lingering finish of ripe strawberries and coffee beans that will keep this wine on your mind all season long. Drink now through 2020.

From the famous Heaton Ranch, the zinfandel in this wine draws a clear distinction to the west side Paso Robles Locality. A very focused wine of  72% zinfandel, 22% syrah, 6% mourvèdre. While I make three different zin blends each year, the Outsider stands out as the black sheep. The wine is every bit as enticing as the Problem Child or Cherry Red, but the specific block of zin has a different acid profile. I like showcasing this profile in an effort to show vineyard terroir. The PC block is only 25 feet away on one edge. Crazy how soils change and the resultant grapes follow. This wine is meaty, a meal by itself. Best served with your favorite steak, pizza or hearty soup. I'm sure there are many other things that Outsider will go well with, so please let me know. Thanks and enjoy. 700 cases produced.

2011 Outsider is a pleasant departure from a traditional zinfandel with sultry, dark notes of coconut and a savory plum tart. Outsider zinfandel fruit hails from the nearby Heaton Ranch, a dry-farmed vineyard with moondust-like soils. This wine is the essence of nocturnal adventure and can age 5-7 years.

The 2010 Outsider reflects a style of zinfandel that has a gentle curve of acidity with a rich and ripe mouthfeel. Harvested from the south and eastern slopes of the Heaton and Cushman Vineyards (they are literally across the street from each other), the wine showcases the intricacy of soil types and their effect on wine styles.

A beautiful wine that is aromatically perfect and extremely sophisticated for zinfandel. Drink now or through 2017.

Outsider is a descendant of lower-lying areas with heavier topsoil that create rounder wines with less acidity. Hints of curry, cumin, and white pepper lend themselves to this spicy zinfandel blend.

Tasting 2008 Outsider is like taking a two minute vacation. Just looking at it is fun. Its rich, deep purple hues alone are intoxicating. Then you stick your nose in the glass and are greeted with intense aromatics of cedar, blackberry preserves and fresh linen. Take a sip and flavors of dark plum, sarsaparilla, and roasted marshmallow await you on the palate, bolstered by a strong acidic backbone and supple tannins. It lingers on your palate for a moment, then finishes with just a hint of Cameroon leaf and dried stone fruits. Cellar 2 to 4 years.

Flavors of raspberry, pomegranate, and black cherry intermingle as the wine sifts its way through your palate. Aged in 30% new American oak, these charcoaled barrels enhance both the aroma and the mouthfeel, making the wine almost a meal on its own. The heavy body of this wine makes me recommend that you consume within the next five years.

The fruit for the Outsider comes from northern-facing slopes and some lower lying areas where the soil is deeper and the temperatures are cooler. These factors produce less acid in the grape; these wines gain an edge of spice and earth.

This wine is outside the box of consistency with both the 2003 and 2004 Outsider. I have tamed the wine substantially, yet it chases a new dimension for zinfandel from north-facing slopes and lower soils. The Outsider is bold and saturated in flavor with modest hints of toast and smoked meats. I think this wine is still fairly young and will age more gracefully than previous vintages. Drink now or within the next five years.

The fruit for the Outsider comes from northern-facing slopes and some lower lying areas where the soil is deeper and the temperatures are cooler. These factors produce less acid in the grape and a glycerin-like mouthfeel. Aged in both new American oak and neutral barrels, the wine gains an edge of spice and earth. I find it amazing how different two wines can be – Leona’s from the Southern exposures and Outsider from the Northern exposures.

"In its debut release, here is another zinfandel blend from Linne Calodo. Plum and fig flavors with a seamless acidity yield way to a mouthful of glycerin and exotic perfumes. Aged in 20% new American wood and racked once for blending and once for bottling. A step outside the box from some of my other wines, this wine will quell the most steadfast zinfandel drinkers. Drink now through 2010."